Which mobile operating system is best? 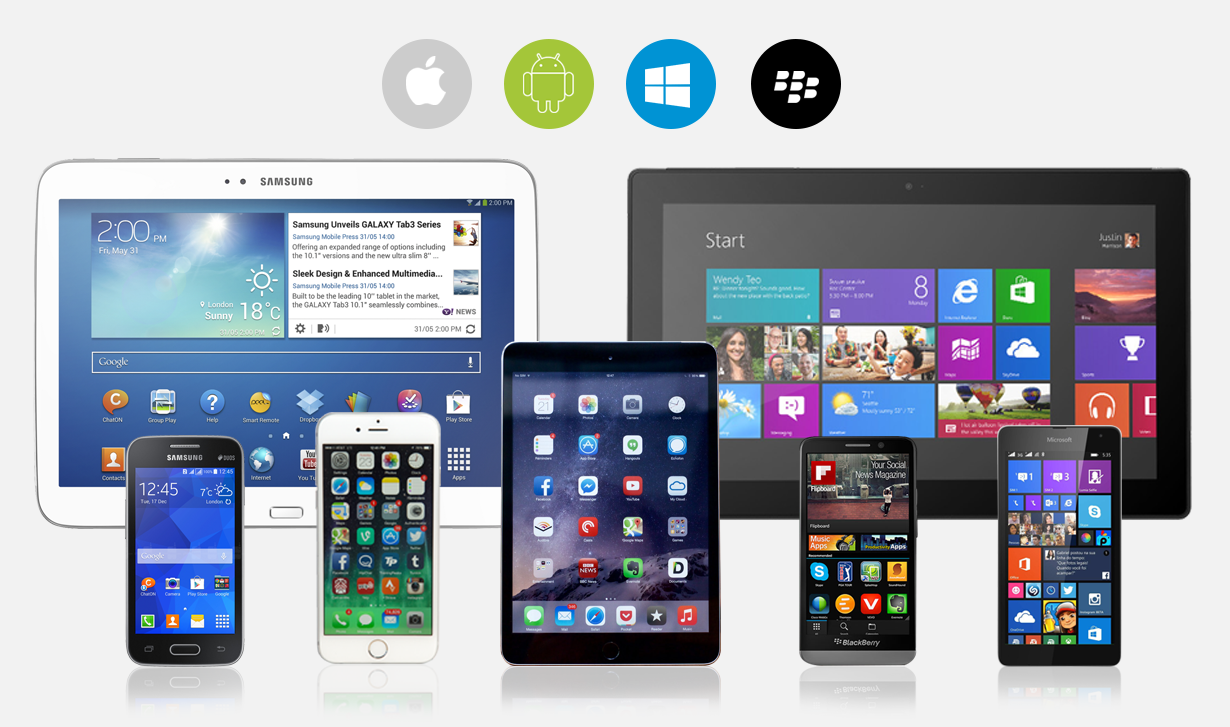 If you’ve been in the market for a smartphone recently, you’ve probably noticed that there’s not only a wide range of brand names, but different smartphone platforms as well. Who knew the future meant having to decide what operating system your phone ran?

So before you start debating important smartphone decisions like what color your phone will be—my HTC Touch 2 is charcoal gray and my iPhone is black, although I am currently in the market for a pink Hello Kitty case that will complement my GeekMobile—it’s a good idea to understand the differences between the various smartphone platforms. But don’t worry: It’s not as confusing as you might think. Mostly.

One of the newer smartphone platforms, Android, is a Google-backed OS that has grown tremendous market share over the last few years since the T-Mobile G1 was released in late 2008.

Designed as a consumer and social network-centric platform, the Android OS is often compared to Apple’s OS. The primary difference between the two approaches is the openness (or lack thereof) of the platform.
Unlike Apple, which controls both the hardware and software, Google has made Android available to any manufacturer, leading to a growing number of Android phones from the likes of Motorola, HTC, Samsung and others. It’s also available on nearly every mobile carrier as well.

This openness isn’t without some downside. Handset manufacturers aren’t required to stick to the latest version of the OS, which is why you’ll see some cheaper handsets that come with an older version of the OS. You’ll also see some manufacturer-specific interface customizations that may not be available on all phones, such as Motorola’s MOTOBLUR. 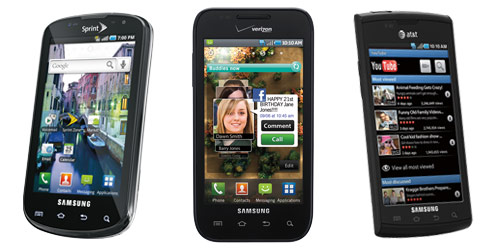 One thing all of the different Android phones do have in common is access to the Android Market, which has tens of thousands of free or paid apps for everything from productivity to entertainment. Although the app marketplace for Android isn’t quite as large as Apple’s, it’s growing faster than any of its competitors. Android owners also have the option of downloading and installing 3rd party apps from a number of different sources.

The explosive growth of the Android platform means it’s definitely one to watch. For an owner looking for a rapidly growing platform, with an open and customizable OS, the Android is a strong choice with some amazing hardware available from several different manufacturers.

During most of its early growth, the BlackBerry dominated the smartphone market in the workplace by concentrating on the two most common forms of communication at the time: email and text messaging.

The hardware built around the BlackBerry platform recognizes this focus, as evidenced by the fact that most BlackBerry phones are designed with small physical keyboards and trackballs that allow emails and text messages to be quickly entered with your thumbs.

In light of the growing consumer demand for smartphones designed around personal use, the BlackBerry has seen numerous multimedia improvements with devices such as the touchscreen-based BlackBerry Storm, which has a larger screen ideal for video and web browsing.

RIM (which stands for Research In Motion, the company behind the) has also answered the exploding demand for smartphone apps on their platform with their BlackBerry App World. Although this app library isn’t as large as the Android or iPhone platforms, development continues with BlackBerry App World 2.0, which is in limited beta release.

If your world revolves around email and texting, especially in a corporate environment, you’ll likely want to start your smartphone search by checking out the BlackBerry family. 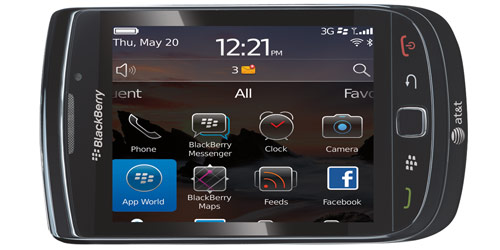 Since Apple announced the first iPhone in 2007, the company has released four subsequent versions of the device, and for many, the iPhone has become synonymous with the idea of a personal smartphone.

Unlike many previous smartphones that were designed for a work environment, the iPhone’s development started with a more consumer-based interface. A large touchscreen, integrated iTunes app, Safari mobile web browser and a simplified user interface helped solidify the appeal of the iPhone as a portable media and internet device for the public.

Of course, Apple forever changed the world of mobile when they opened their App Store in 2008. It’s hard to talk about the iPhone without mentioning the hundreds of thousands of apps that are available at the App Store. Apple’s success here not only helped continued growth of the platform, but has also prompted similar offerings from all the other smartphone platforms.

Recently renamed the iOS, the iPhone OS runs on a number of Apple devices, including the iPhone, iPod touch and iPad. Many apps purchased for any iOS device will run on the other hardware, though there are now some iPad-specific apps designed to make use of the larger screen.

Unlike other smartphone platforms, Apple controls both the hardware and software, which means the company can more tightly integrate its different components and interfaces. The downside is the reduced flexibility this approach provides.

For an owner looking for a device with a straightforward interface and a large library of apps and support, iOS would be a solid choice.

In 2009, Palm released a new smartphone OS called webOS. The platform was designed around a mix of consumer and enterprise apps that run as “cards” in a multitasking environment. The platform also allowed for a unique method of mixing information from a number of sources, such as email accounts, contact information and calendars, using a feature called Synergy.

Despite the positive critical reviews of webOS, the platform has not gained significant market share growth. However, Palm Inc. was acquired by HP this year, and HP is looking to breathe new life into webOS by bringing it to other devices, such as tablets and even printers in the future.

Symbian
Because of Nokia’s dominance in the worldwide market, the Symbian OS is one of the most widely used smartphone platforms outside of the US. But inside the US, Nokia smartphones tend to not have subsidized pricing by US mobile carriers, which hasn’t helped sales of the platform. Also, the Symbian OS doesn’t have the large app library that’s helped other platforms grow.

Still, the OS is very capable and a viable smartphone choice for worldwide travelers who need a phone that will work easily with most worldwide carriers and like the Nokia brand.

Although touchscreen-based versions of platforms have been around for some time, Windows Mobile was often hindered by its early stylus-based design.

Microsoft is looking to remedy all that with the latest incarnation, Windows Phone 7. Built from the ground up, Windows Phone is the only phone with Office, Xbox LIVE, and thousands of apps. Quickly customized and constantly updated, one glance of the Start screen tells you what’s going on, what’s happening next, and what you’ve missed. Depending on the app, animated Live Tiles can show pending messages and appointments, news and weather, or game and friend status. The People Hub unifies your Facebook and Windows Live feeds and photos, allowing you to call, text or post to your friends. Mobile versions of Word, Excel and PowerPoint are built-in for easy review or editing on the go. With Xbox LIVE you can connect and play with friends, earn achievements, and take your avatar and gamer profile with you anywhere. 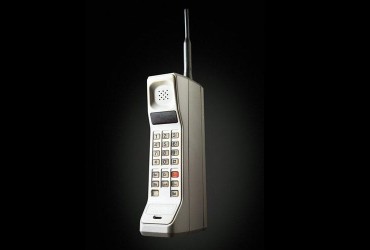 Zack Morris called; he wants his phone back 1 of 15 Is your mobile embarrassingly old? Click here to end your shame. But first, take a spin through these retro Best Buy ads … it’ll make you feel better. By the way, we were hoping to find some rad portables from the 80’s, but sadly, […] 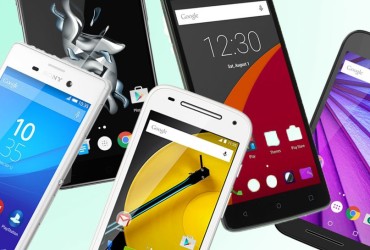 Back in 1989, renowned poet and philosopher Madonna famously urged, “Express Yourself.” Could she have known that in the very near future, cell phones—solely utilitarian at first glance—would have the potential to take stylish self-expression to atmospheric levels? Let’s not rule it out (she is pretty powerful). Today’s phone fashion options speak volumes without saying […]